Russ has been writing books for years as a hobby, and within the past 15 years or so he decided to start publishing them on his own. His characters are sometimes loosely based on people he has encountered in real life, and sometimes they meet him in his own imagination, but they are always interesting and surprising, especially to him. Stories take on lives of their own, and they rarely end up the way you think – even when you’re writing them. Links to purchase each book follow the synopsis.

In the world of casino gaming, larcenous souls tip the scales of fortune in their favor. Casinos don’t stop players from cashing in if the win is honest. But if the rules in the game are bent, casinos counter the results. James “Jimmie Quick” Silver knows life on both sides of the fence. He was a dealer, a player, a winner, a loser and a fugitive run to earth. Now he’s a high-tech-gadget toting servant for the house. He finds folks who scam the casino. They cheat or steal; they skip town on a bloated marker. But they leave clues for Jimmie and Dolly to find.
Amazon Lulu 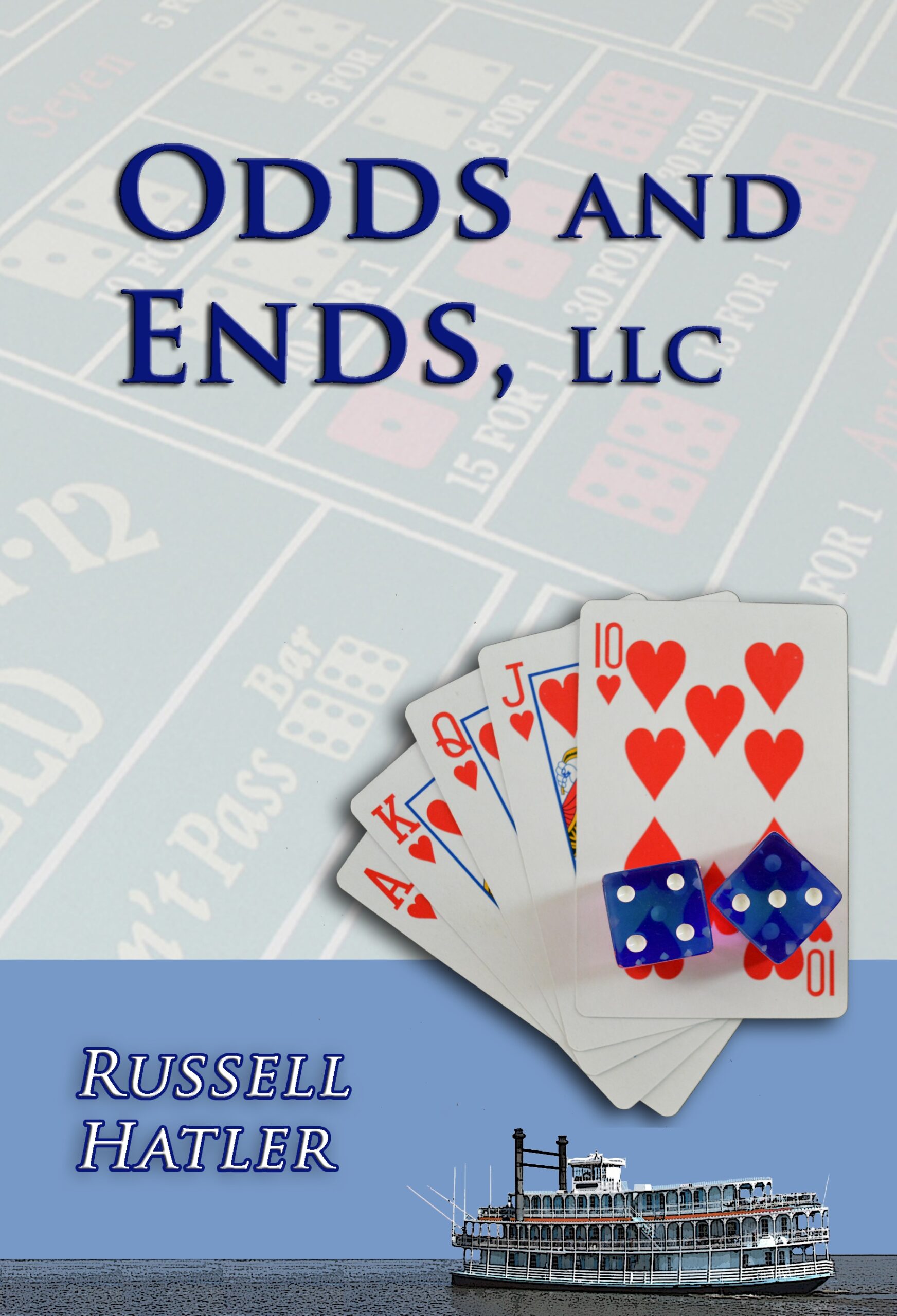 Something big is about to go down in the Windy City. Nobody knows the exact details, but they sure know who to call. James “Jimmie Quick” Silver has recently come back from the Caribbean, where he recovered a cool half million bucks from some thugs who thought to disturb his boss’ peace of mind. The Boss is pleased to cancel an old favor by sending Jimmie to Chicagoland where the big boys play hardball. The question is can our boy Jimmie stay in the game for the full nine innings?
Amazon Lulu 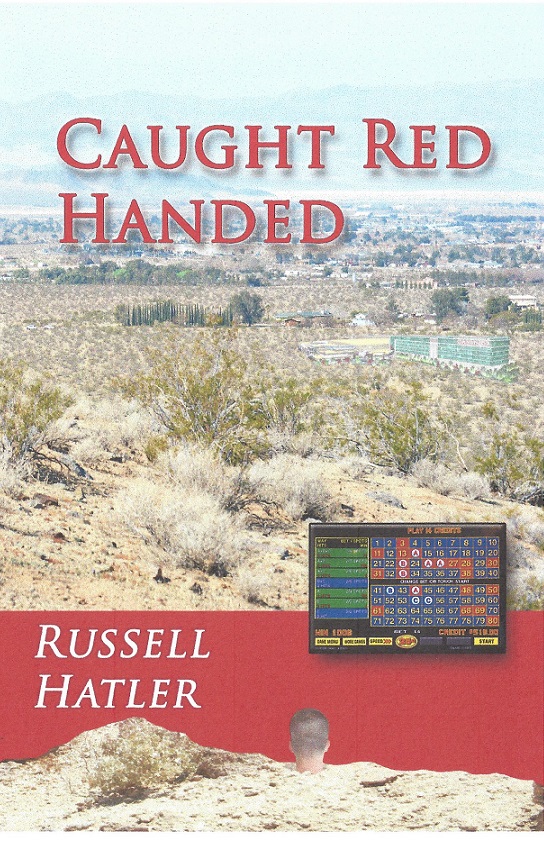 Jimmie and Dolly are at it again. A slot machine irregularity in a bank of Keno slots The Greek sold to an Indian Casino in New Mexico has cost the casino a loss of face big time. It may well cost them real money as well. Jimmie heads to Albuquerque to find out what’s happening. His investigation takes him to the east coast, redneck country and a close-knit family of conniving rascals. Jimmie ends up twelve miles offshore on an ocean-going gambling boat at the mercy of the elements and the clan. Then it’s Virtual Reality time as Jimmie goes caving in search of fame and fortune.
Amazon Lulu

The Rapture Comes to Lucas Ridge

Michael Archer is a Social Worker from Murphy, NC. His boss recruits him for a moonlight stint interviewing the hapless denizens of a nearby cluster of tumbledown shacks at the request of a pharmaceutical company in Atlanta. It seems the firm has found a cure for Alzheimer’s and the ingredients they need to manufacture the drug are buried deep beneath Lucas Ridge. The job seems straight-forward at first but when a co-worker ends up dead in a mosquito-infested swamp, Michael begins to wonder whose calloused hands are tugging on his personal puppet strings.
Amazon Lulu

Casino Hopping Through the Lower 48 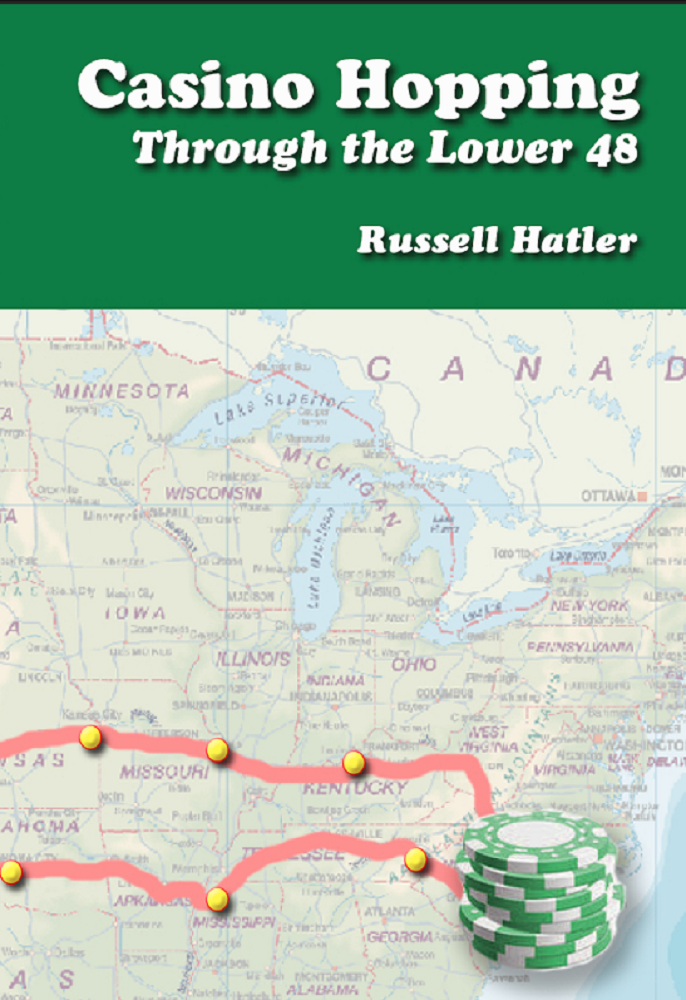 A fractured twist on The Pilgrim’s Progress, the book describes the first-person narrator’s six-thousand-mile automotive odyssey that covers two weeks and twelve casinos. It is filled with wit, philosophy and homespun advice regarding the eternal battle that pits domestic harmony against the pursuit of liberty. Although casino gaming plays a large role in the tale the narrator also finds himself thrust into the ageless game of sexual hide-and-go-seek when he reaches out to help a gorgeous goddess and comes up with a handful of happy endings.
Amazon Lulu

A Fistful of Grass 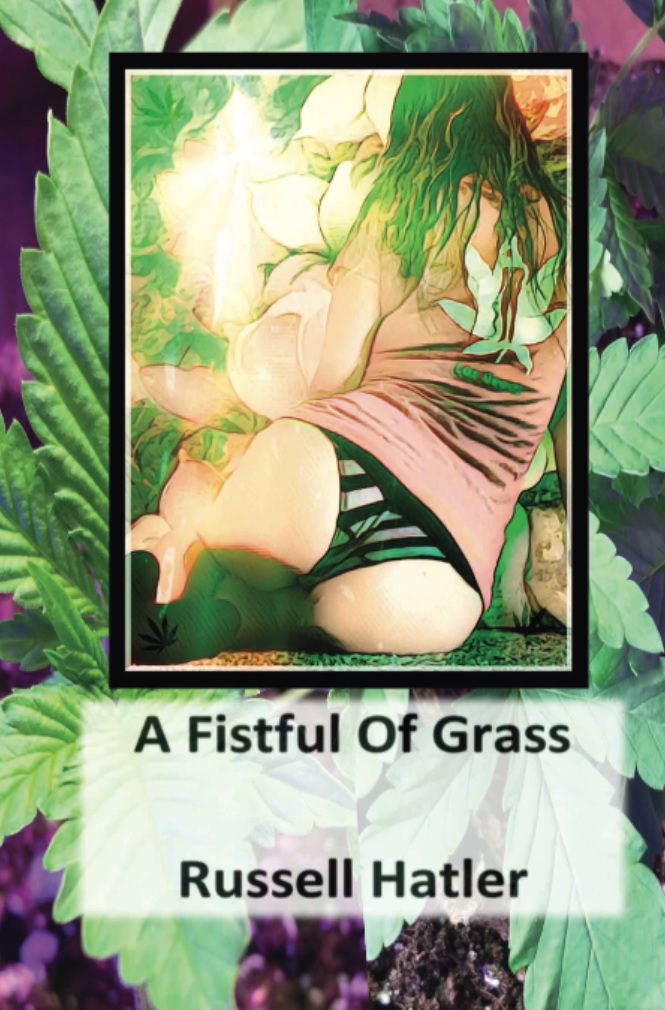 Chuck and Bernie are still on the civilized fringe of divorce. Chuck springs for a Labor Day weekend flight that takes him and the kids to Seattle in the great state of Washington where the rain falls daily and grass is everywhere. Yup. Grass. The smoking kind. The novel is all about stupid laws (marijuana and others), unconventional behavior (sexual as well as social), licit and illicit relationships (both private and professional) and how we as adults trapped within the system are compelled to cope. There are a great many bent and twisted characters in the book, some of whom get their comeuppance in the end and others who breeze through life unscathed by the random demands of Karma.
Amazon 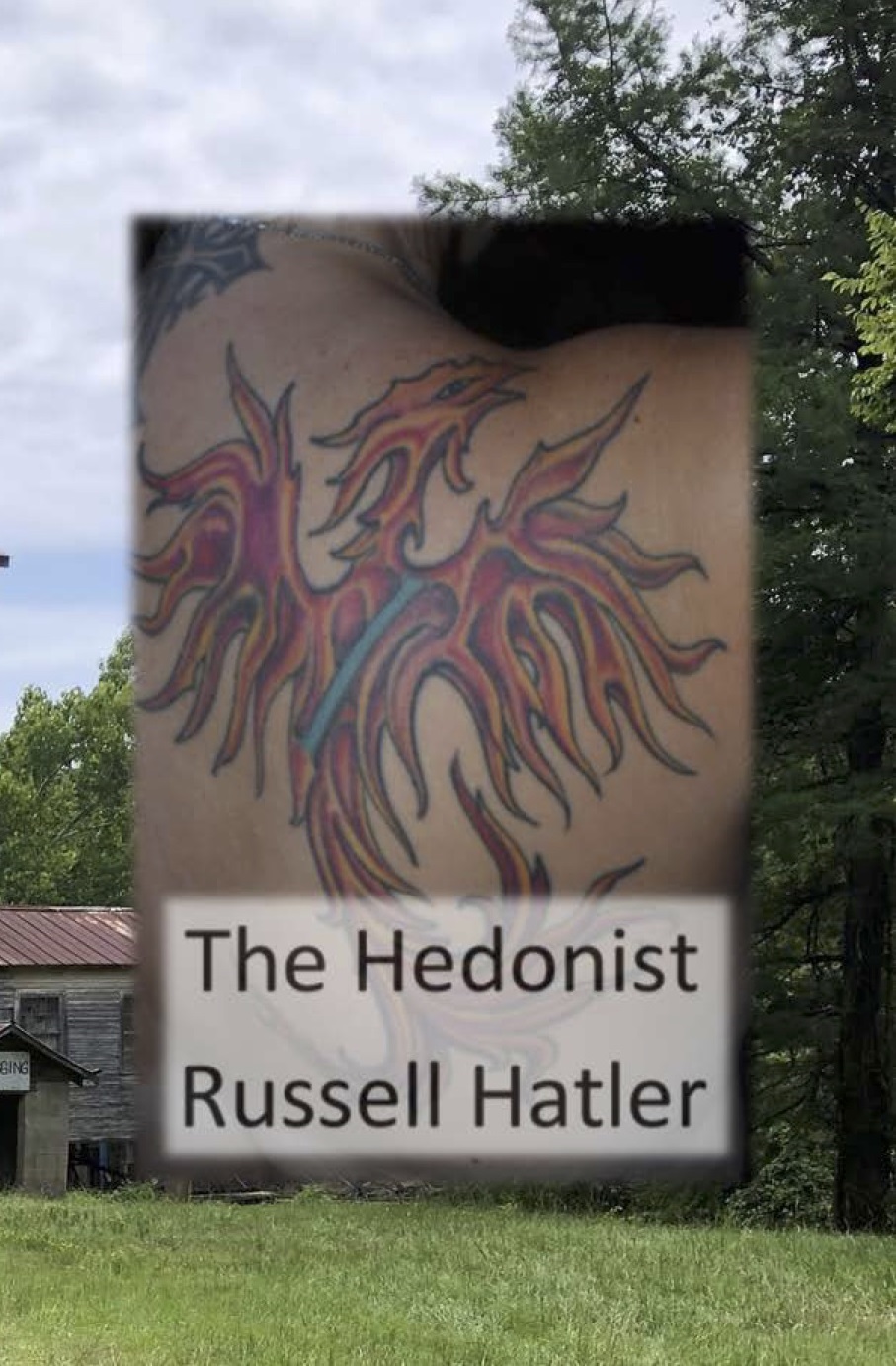 Brandon Stevenson is totally in love with Brandon Stevenson. His sole ambition in life is to become a millionaire by the age of 30. He isn’t precisely a sexual predator but he does manage to nail any eligible female who isn’t otherwise occupied. Brandon lives for the moment, eschewing long-term issues and engagements until he meets Angel and falls desperately in love. Of course, his absolute devotion to the delectable Angel doesn’t preclude him from continuing to enjoy the succulent fruits of his old college paramour, the delightful Mistress Scorpio. It’s a guy thing. Meanwhile, Brandon learns a lot about life thanks to his naive and nefarious hobnobbing with artists and drug dealers. Brandon appears poised for a fall but will he, like the Phoenix, arise from the ashes of his own personal conflagration? One can but hope.
Amazon

Russ Hatler’s tenth novel, Giants, is set in Puerto Rico in the aftermath of Hurricane Maria. It tells the story of a brave, resilient people reeling from the wrath of Mother Nature while struggling to survive the machinations of political chicanery. It’s also the tale of a young man’s treacherous journey from adolescent angst to responsible adulthood. The novel follows the progress of Brandon Stevenson, eponymous protagonist of The Hedonist, from North Carolina to Utuado, a small town in the mountainous interior of the Enchanted Island. Interwoven with the fictional narrative are several historical chapters describing the rape of Puerto Rico by Christopher Columbus and his merry band of Spanish Invaders in 1493 and proceeding all the way up to the rape of Puerto Rico by Vulture Capitalists in the present day. Philosophy, politics, recreational pharmaceuticals and ecological mischief also take their lumps. The humor in the book is dark and merciless.The language is a little salty, the characters a bit earthy and some of the bawdy encounters a trifle graphic, so if you’re not a card-carrying adult, you might want to give this one a pass.
Amazon Lulu

Sessions with Genny and Michelle 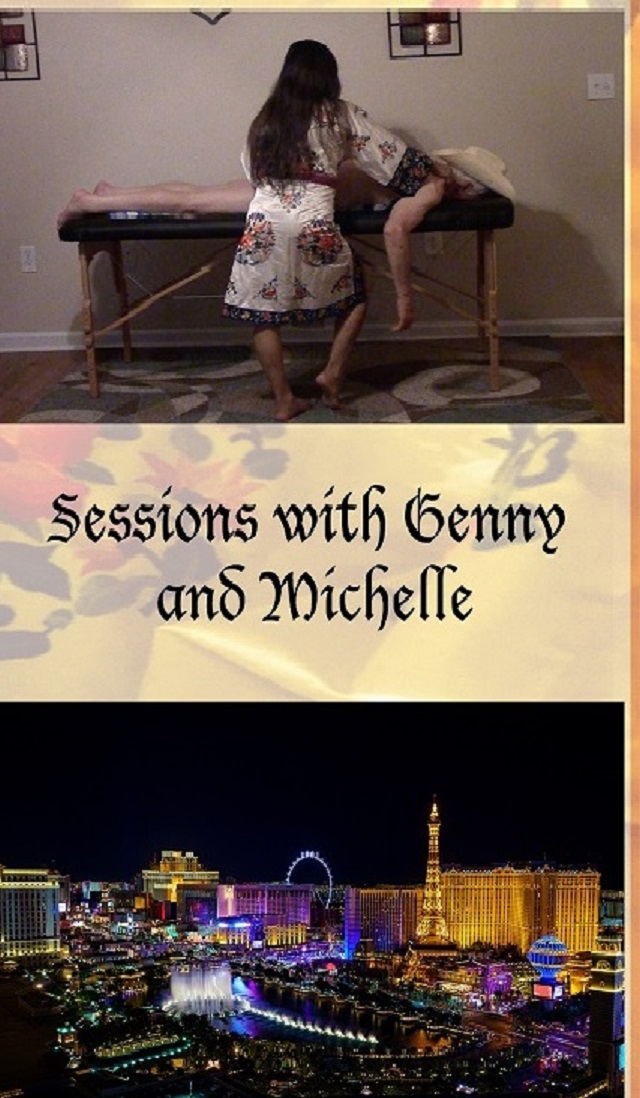 Dmitri Raskolnikov is going to visit his mistress, Michelle, in Las Vegas. Dmitri made his fortune smuggling weapons. He likes to bury the competition. Literally. On the other side of the world Tony Erickson attends a Las Vegas electronics show where he meets Genny. After chatting Tony leaves for a session. When Tony returns to Genny’s booth she’s gone. He’s told she works for an escort agency. Tony calls the agency. By mistake they send him Genny’s older sister, Dmitri’s Michelle. Tony and Michelle share a torrid sexual session. Next day Tony phones Genny for lunch. They end up at a motel where they too enjoy a torrid session. Tony is torn between two sisters. Genny and Tony’s sexual romps increase in intensity. Tony soldiers on but in the end he’s whipped both literally and figuratively. Meanwhile Tony and Michelle develop a genuine fondness for each other that turns to love. When she finds out, Genny erupts in a jealous rage and plots to dispose of Michelle and Tony permanently.
Amazon Lulu

Misty, Molly and Sally grew up together in Anaheim, CA. Misty and Molly moved to Nashville, NC. Sally stayed behind but they all get back together at Blackbeard’s Museum in Beaufort after learning what life’s all about. Misty became a dentist with a rural practice. She worked her way through dental school spending weekends flat on her back, delivering compensated sexual favors to the movers and shakers of Raleigh. Molly earned her Master’s Degree in Cultural Anthropology and is gainfully employed as a glorified accountant for a chicken packing plant. She hates her job largely because she goes home nightly smelling of wet chicken feathers. She’s always wanted to be a model. Sally attended U C Irvine but dropped out when she became pregnant with Mac’s child. Mac did the honorable thing and married Sally, much to the dismay of his wealthy parents in Boston. These are their stories.
Amazon Lulu 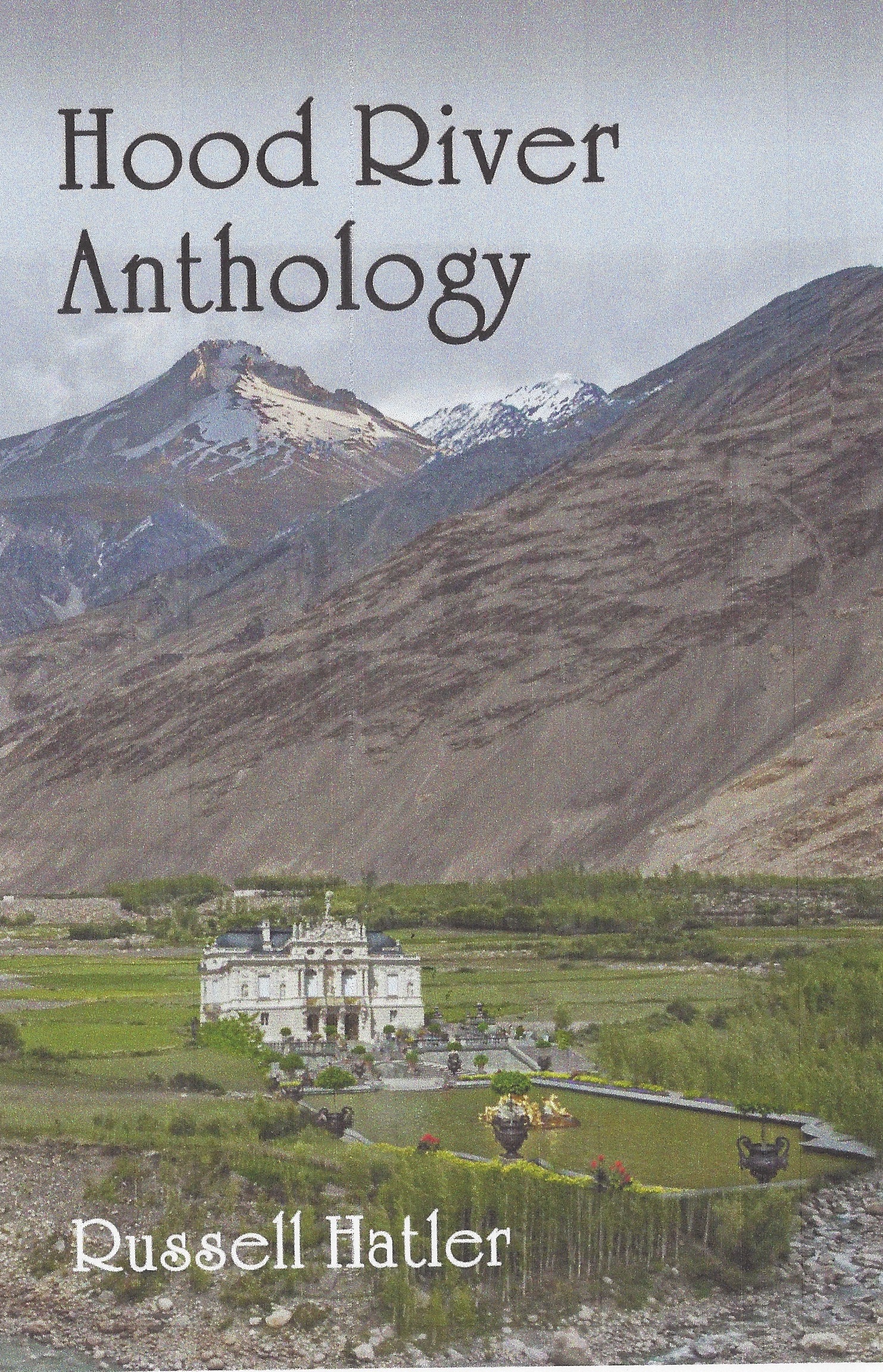 Hood River Anthology is the prequel to the Sanctuary Trilogy. It consists of historical chapters and short stories. The first several chapters tell the story of a fictitious German family of tenuous nobility who escape from East Germany during the Soviet occupation, dodging Stasi agents and border guards, and eventually settle in Hood River, OR, where they build a Bed and Breakfast modeled after King Ludwig’s Schloss Linderhof castle. The succeeding chapters are short stories about the lives of lodgers who stay at the Neue Schloss Linderhof. In many respects the compendium mirrors the tradition of “Winesburg, Ohio” by Sherwood Anderson or “Spoon River Anthology” by Edgar Lee Masters.
Amazon Lulu 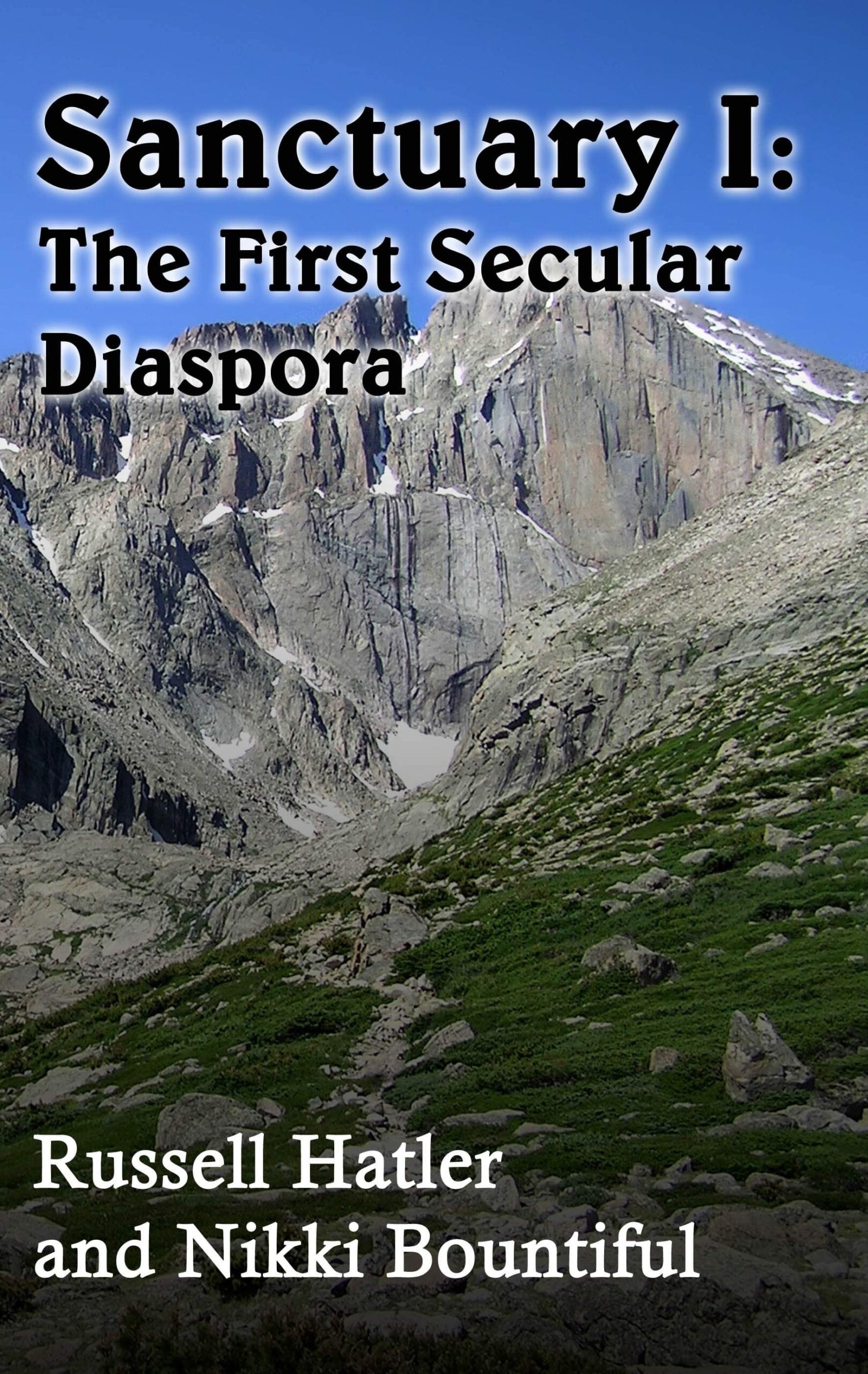